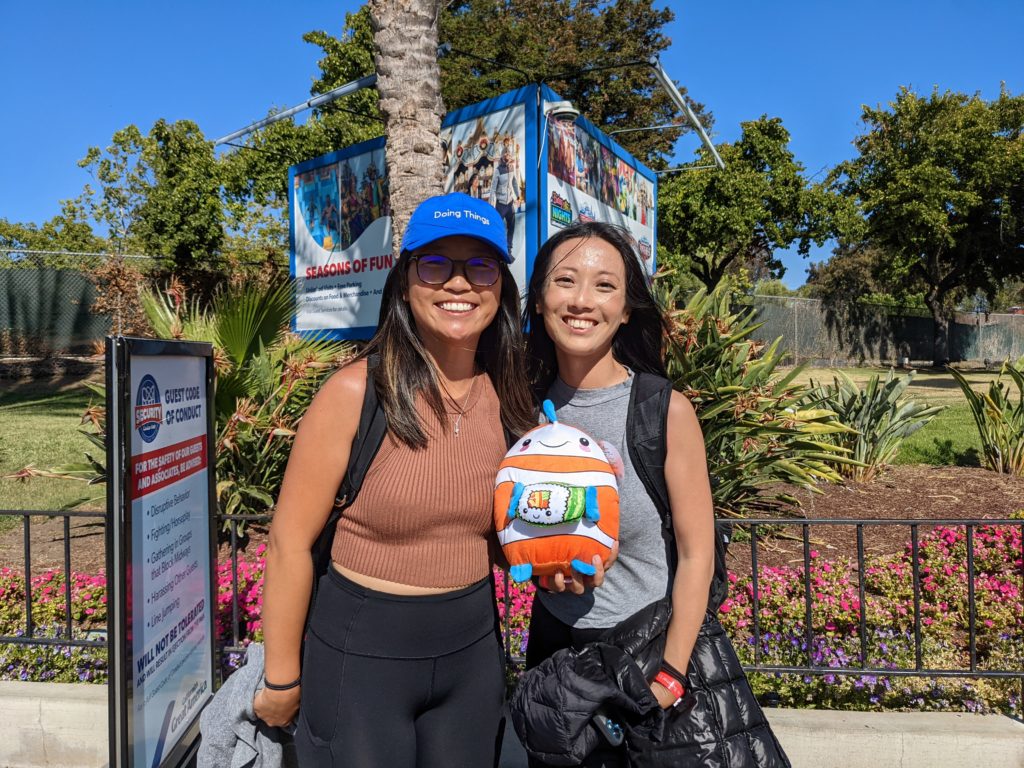 The clock is ticking down at the South Bay’s beloved amusement park, and residents throughout Silicon Valley have been reflecting on the loss.

Cedar Fair Entertainment Company, which owns California’s Great America in Santa Clara, announced Monday that it is selling the 46-year-old property for $310 million to San-Francisco based Prologis, a national real estate firm. The park will remain open for up to 11 years before closing permanently, company officials said.

While there are no concrete plans for the 112 acres after the park’s closure, some insiders speculate it will turn into a mixed-use residential project.

The park, originally owned by the Marriott Corporation, was opened in 1976 in tandem with a sister park in Illinois. It currently boasts 51 rides, running the gamut from water slides to high-speed roller coasters.

The news of an iconic South Bay staple like Great America closing sent shock waves through the community. And the emotional tributes came pouring in — even if the popular attraction’s demise may be more than a decade away.

Sisters Teresa and Jessica Zhong have been coming since high school, and said the park evoked nostalgia. Photo by Jack Delaney.

Earlier this week sisters Teresa and Jessica Zhong drove from San Francisco to get a taste of some of their favorite rides. It brought them back to their high school days.

“It’s a little sad. We’re from the Bay Area, so it’s a little nostalgic,” Teresa said. “We used to go (to the park) in high school. A lot of people’s first jobs were here. And this is by far the closest attraction in this area.”

They both praised the annual Halloween Haunt festival, which they said was a fun spot to come for haunted houses, costumes and performances. They likened the park to Universal Studios. Great America is also known for its WinterFest, which takes place during December.

For others, the response was a bit more muted.

Nick Xie, from San Jose, said the park’s proximity was a plus, but the shutdown didn’t carry much significance for him.

“Maybe if I had a kid, I would prefer having it here forever and ever,” Xie said. “But considering I’m still single, it doesn’t matter that much to me.”

Nick Xie, from San Jose, feels neutral about the closing. If he had a child he might feel differently. Photo by Jack Delaney.

Families were the most affected by the news.

Pauline Becker said she has been going to theme parks since she her childhood and will continue to do so “until the day she dies.”

She remembers going to a range of parks, including the now-defunct Marine World — an animal-themed fun park formerly located in Redwood Shores — but she has a soft spot for Great America. She and her partner, Brian Becker, from Redwood City, said that as big Disney fans it was the next-best thing.

Brian and Pauline Becker are theme park aficionados. Pauline has been going to theme parks since childhood, and will continue to do so ‘until the day she dies.’ Photo by Jack Delaney.

“I’m just glad that (my son) will be able to come here hopefully until he’s an adult, before it shuts down,” Pauline said.

Brian also voiced his disappointment about potential plans to replace the park with a commercial development.

“There’s only one amusement park around here, and there are many warehouses and office buildings and all that,” he lamented. “So it’s a shame for the Bay Area.”

Natalie Genco and Andy Landles, from San Mateo, similarly said they had many fond memories of visiting Great America throughout their lives.

Their young son, Thomas, wasn’t sure what to expect at his first visit to the park, but after trying out the Snoopy roller coaster he walked away happy.

Andy Landles and Natalie Genco with son, Thomas, were sorry to hear about Great America’s closing. They have enjoyed the park throughout the years. Photo by Jack Delaney.

“The park has a lot of nostalgia for me, having come here when I was a kid. I’m sad to see it shut down, and I’ll miss it,” Genco said. “I’ll miss being able to take my 2-year old son. I know it’s supposed to close in 11 years, so this may not be the last time he comes. But some of the big rides, he won’t get to ride.”

Although Great America’s sunset is still a ways off, Landles wishes it just wasn’t so.