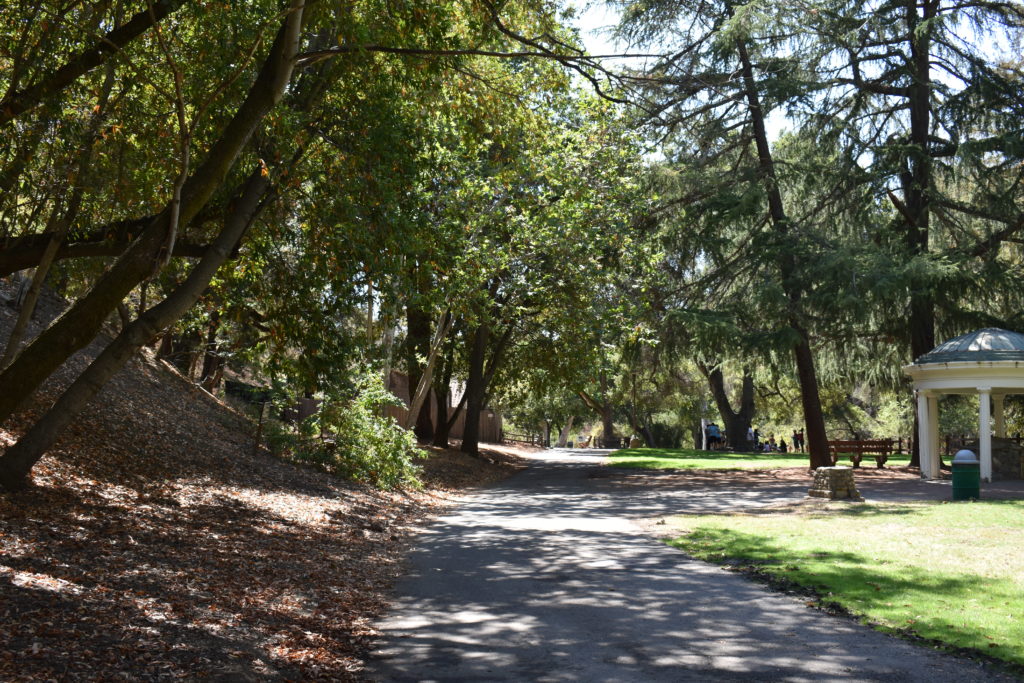 The oldest municipal park in California just celebrated its 150th birthday, and yet its upkeep doesn’t get the love and respect it deserves.

Nestled amid the rugged foothills of the Diablo mountains, Alum Rock Park offers 720 acres for residents and became critical open space during the COVID-19 pandemic when people were stuck indoors. Children who sat for hours in front of computers during distance learning escaped from the pandemic in nature, rolling hills and playgrounds.

But the park has not always been well-funded or maintained. When the city’s parks department presented its annual report on its 260 parks in March, Councilmember Magdalena Carrasco, whose District 5 included the park before last year’s redistricting, made an impassioned plea highlighting the inequities of parks in East San Jose. She cited issues that included graffiti-ridden, unkempt bathrooms, unmaintained grass and an old playground.

During the last three fiscal years, the operating budget for the park has hovered around $1.6 million. There was one-time funding of $200,000 for repairs to Cherry Flat Dam in 2020-21. Funding has been considerably lower than the other large regional parks, according to city data.

Tenes: East San Jose is the gem of the city

In this year’s budget, the City Council set aside $170,000 for a parks facility supervisor dedicated to Alum Rock Park and a $70,000 vehicle to navigate the terrain, according to Councilmember David Cohen, whose District 4 now includes the park.

“It’s a big park, very different than most of the other city parks,” Cohen told thecupertinodigest.com. “It’s difficult with the large inventory of parks that the parks department has… to give it the attention it deserves.”

Previously, one person was in charge of all the parks in District 4 and most in District 5, he said, which led to the coverage being spread too thin. Cohen said a dedicated maintenance manager will help provide focus to get work done at Alum Rock Park.

The park is a wildlife sanctuary for black-tailed deer, brush rabbits, gray squirrels and bobcats. Hikers and cyclists can spot red-tailed hawks and turkey vultures soaring above the trails.

East Side seniors David and Lois Krueger, who live near the park, fell in love with it 60 years ago. Lois, 87, said they’ve walked every trail. David, 88, said they love getting out in nature.

“Coming out to this park almost every day to walk keeps us alive,” he said.

San Jose resident Robert Gaitan and his children Astrid, 5, and Augustine, 8, enjoy wandering through the park, a place he’s been visiting since he was a child.

“I like being out in nature and getting fresh air,” he told thecupertinodigest.com. “It’s being able to be away from the city and take the hiking trails way up away from everything.”

Lois and David Krueger, who live near the park, fell in love with it 60 years ago. Photo by Lorraine Gabbert.

With 27 mineral springs thought to have restorative properties, the park was a health spa from 1890 to 1932. It also included a hotel and saloon. People traveled by steam train from downtown to sit in its hot springs, swim in its pool, stroll through the tea garden or dance in the pavilion. Remnants of the railroad bridges and stone grottos remain.

To mark its anniversary, Cohen said the parks department and San Jose Conservation Corps excavated some of the baths and restored nearby trails.

East San Jose resident Jennifer Wool, 60, has been visiting the park since she was a little girl. She remembers stories of her grandmother taking the trolley to sit in its mineral baths. Wool considers the park beautiful and loved playing in the creek when she was small.

“It has a long history of being a center of recreation for residents of San Jose and the Bay Area,” he said.

Alum Rock Park recently celebrated its 150th anniversary and is the oldest municipal park in California. Photo by Lorraine Gabbert.

The Youth Science Institute, a nonprofit science and nature center which teaches children about native wildlife, is a favorite for school field trips with its museum and live animals like owls, snakes and frogs.

In the summer, the shouts and laughter of children enjoying nature and science camps provided by the parks department can be heard as they explore the park.

San Jose resident Daryl Vargas, 31, first visited Alum Rock Park during a middle school track meet. He appreciates the peace and quiet, shade from the trees and a chance to unplug.

“It’s great to come out here,” he told thecupertinodigest.com. “I lose cell phone signal. I think that’s a blessing. You can detach yourself from everything.”