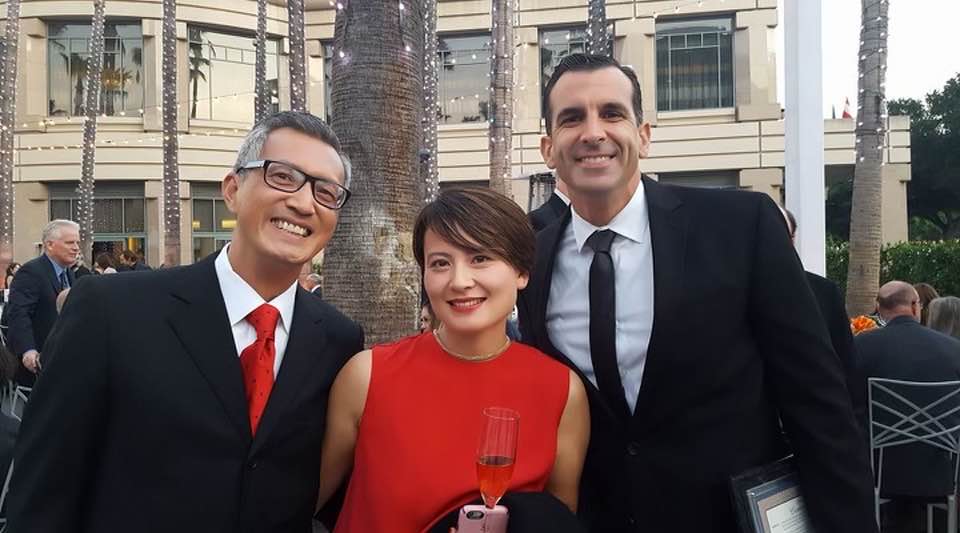 The South Bay is mourning the death of a community leader who dedicated years of his life to uplifting the Vietnamese community and revitalizing downtown San Jose.

Thang Do, CEO of San Jose-based architecture firm Aedis Architects and co-founding member of the Progressive Vietnamese American Organization (PIVOT), died Sunday due to health issues at the age of 62. He’s survived by his wife Grace Liu and four children.

Do, a refugee who fled Vietnam in 1975, supported himself through college. He earned his degree in architecture from Cal Poly San Luis Obispo College of Architecture and Environmental Design. He called the South Bay home for roughly four decades. As a San Jose planning commissioner and board member of the San Francisco Bay Area Planning and Urban Research Association, Do played a pivotal role in the efforts to revitalize downtown San Jose. Do worked with the city, nonprofits and local businesses to transform South First Street and the SoFa District.

“Many of us lost a friend this weekend, and the community lost a giant,” San Jose Mayor Sam Liccardo said in a social media post. “Thang Do bestowed beauty on our city with everything he designed at Aedis Architecture, with a passion for sustainability and for telling each community’s unique story. Thang’s own story was remarkable, having escaped the Vietnam War to build an incredible life and family—here with his wife Grace Liu—always giving back to the community.”

Thang Do (left) is pictured here with his wife Grace Liu and San Jose Mayor Sam Liccardo. Photo courtesy of the mayor’s office.

A legacy in San Jose

Do was also the lead architect in the first-of-its-kind Vietnamese American Service Center on Tully Road, a project he called a milestone of his career. Do brought his experience and perspective as a Vietnamese immigrant into the design of the building, which features a large yellow letter V representing Vietnamese people in the main lobby, images of a bamboo edge and rice paddy fields and an overhead art installation that resembles the shape of an iconic Vietnamese conical hat.

Why downtown San Jose struggles to find its sense of place

As a community activist, Do spearheaded efforts to empower the local Vietnamese culture.

In 2017, Do co-founded PIVOT to help bring the Vietnamese community together as older and younger generations saw the political disconnect widen between them under the Trump administration. Do took on the responsibility of translating information and news articles into Vietnamese. The organization has since been recognized nationally for its role in increasing civic engagement and fighting misinformation for Vietnamese residents across the U.S.

“He built more than just buildings—he built community, across generations and geography,” PIVOT said in a statement about Do. “He taught many about the love of the Vietnamese language and culture. He reminded us through his own actions about what it meant to love family, community and justice.”

Khanh Nguyen, a friend of Do for more than 30 years and a board member at PIVOT, said Do was a bridge the community needed.

“So many of us felt this loss,” Nguyen told thecupertinodigest.com. “He was not only a huge contributor (to the community), but he was just someone who was a very special person.”

“He was one of the first faces in the Vietnamese community here that welcomed me in,” Philip Nguyen told thecupertinodigest.com. “He gave a lot of himself to the community through (designing the Vietnamese Service Center).”

Thang Do (third from right) was a co-founding member of Progressive Vietnamese American Organization (PIVOT). Photo courtesy of PIVOT.

Do was recruited by Aedis Architects—then known as PJHM—after graduating college. The young architect quickly moved up the ranks and became the firm’s leader when he was barely 30, Do told Chopsticks Alley, a multimedia publication promoting Vietnamese and Filipino stories in San Jose.

Do started to get heavily involved in community work around 2008, when he became a San Jose planning commissioner.

Fred Buzo, SPUR’s San Jose director, was a city employee at the time. Buzo said he was impressed with Do’s vision and ability to apply his immigrant experience into urban planning. He recalled a meeting in 2009 where Do raised questions about a policy that would potentially gentrify certain neighborhoods.

“I just remember thinking, ‘Wow, this guy really gets it,’” Buzo told thecupertinodigest.com. “He was thinking way ahead of people.”

Do also stood out to Buzo as a visionary for his strong commitment to sustainable and environmental-friendly building designs.

Aedis Architects designed its own LEED Platinum certified headquarters inside a historic structure on South First Street. The facility houses SoFA Market, an urban food hall Do founded. He also opened The Fountainhead Bar in the same building, a space that has served as a community gathering space for both his colleagues in architecture and members of the Vietnamese community.

His work has been honored and recognized by the American Institute of Architects, the city of San Jose, Santa Clara County and Assemblymember Ash Kalra.

“Of all the places in the world Thang Do could have made his contributions, we are blessed that the universe chose San Jose,” Kalra said in a commendation given to Do this month. “I will forever be grateful for the places and spaces Thang has created for us that will be enjoyed for generations to come. Talent, humility and commitment to community are a rare combination that Thang possesses and will serve as a model for me and many others to emulate. Thank you, Thang!”