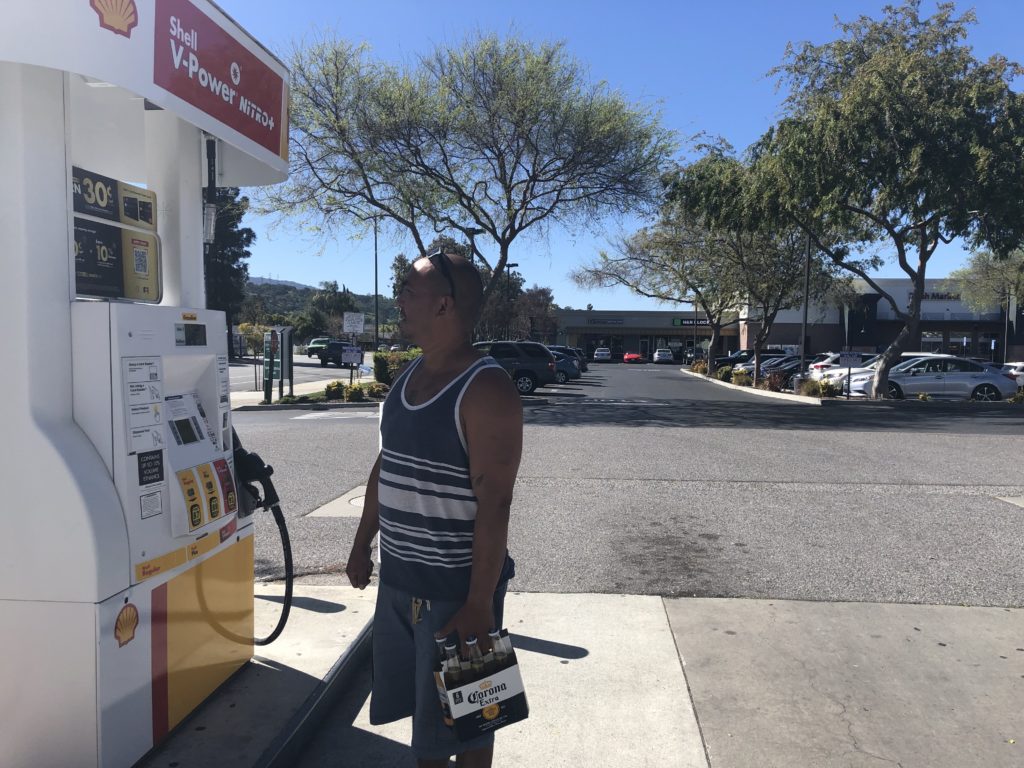 With gas prices at an all-time high in California and around the U.S., local residents are digging deep into their wallets.

Gas prices have soared to an average of $5.69 a gallon in California as of Thursday, since Russia’s invasion of Ukraine two weeks ago. The nationwide average of $4.31 breaks the July 2008 record of $4.11. In California, added taxes and fees for environmental regulations and road and bridge repairs push gas prices to the highest in the nation.

Big John, 43 from San Jose, said he isn’t concerned with the price of gas. He doesn’t have an alternative mode of transportation for work, but said people do have the option of buying an electric vehicle. He did not provide a last name.

“How are you going to pay for the roads without gas (taxes)?” he said, referring to Senate Bill 1, a state law that established fuel taxes and vehicle fees to fund road maintenance, safety and street improvements for counties and cities.

Los Gatos resident Kate Osdras said she doesn’t have another way to get to work besides driving. Photo by Lorraine Gabbert.

Kate Osdras, 34 from Los Gatos, said she lives in the mountains. Her car is the only option to get to work.

“I’m fortunate enough not to be pinched financially so I’m not worried about it,” she said, adding she thinks a gas holiday—eliminating all the fees and taxes—would help people.

Pouria J. is a gig worker for DoorDash. He said if gas prices keep increasing, he won’t be able to do his job. Photo by Lorraine Gabbert.

How San Jose wants you to ditch your car

Pouria J., 39 from San Jose, delivers food part-time for DoorDash. He said he fills up three times a week and saw prices increase 30 cents at one of the cheapest gas stations in the area.

“It’s affecting my job and my life,” he said, adding if gas prices continue to increase he won’t be able to keep his job.

Curtis Bakich, 57 from San Jose, needs a large vehicle for his job as a DJ. It costs him $160 to fill up his SUV halfway. Bakich said current gas prices are crazy and make him angry with the Biden administration.

“We need to start producing here at home again,” he said. “While Trump was a little rough around the edges, we were enjoying $2 gallons of gas because he understood manufacturing our own oil and not being dependent on others, like Russia, is how we get to keep our prices down and affordable.”

Oil from Russia makes up less than 2% of the U.S. supply, according to an NBC News analysis of U.S. and European oil data.

Christopher Gutierrez, 18 from San Jose, views the high cost of gas as a collective effort to support Ukraine. He said he’s willing to spend more for Ukraine, but will be driving less as he has a gas guzzling car.

Desiree Juarez from Patterson fills up daily as she drives to work in San Jose. Photo by Lorraine Gabbert.

Desiree Juarez, 19 from Patterson, fills up daily as she drives to work in San Jose.

“I really do wish it wasn’t like this,” she told thecupertinodigest.com. “It definitely needs to change.”