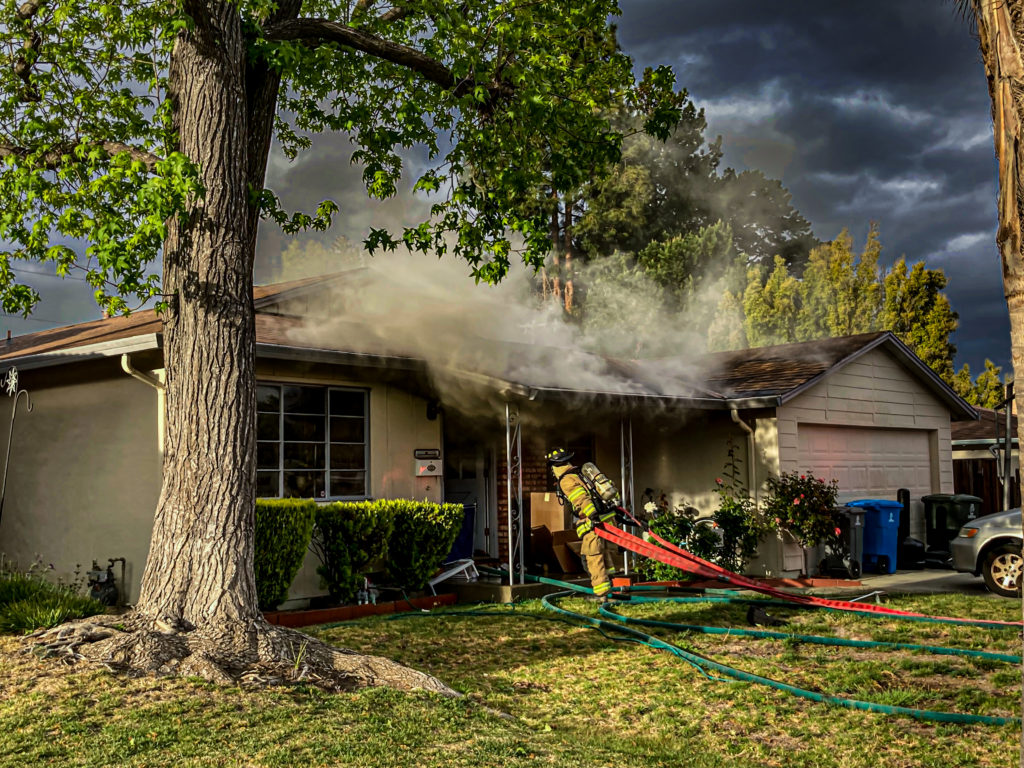 For George Huang, the fire chief for Cal Fire’s Santa Clara Unit, the term “fire season” is no longer in his vocabulary. It’s now simply “the fire year.”

As of last week, 95% of California—including Santa Clara County—was in either severe or extreme drought conditions. Trees and brush across Northern California are dry, dehydrated and bunched close together after hundreds of years of fire suppression, making it ripe for a wildfire to rapidly spread once ignited. Higher temperatures this week combined with dry, windy conditions have fire officials on edge.

As officials in Santa Clara County gear up for when fire danger is highest, they’ve noticed a silver lining following the historic CZU and SCU Lightning Complex fires in 2020 that burned more than 482,000 acres combined: People are much more engaged.

“I think the public has taken notice,” Santa Clara County Supervisor Joe Simitian told thecupertinodigest.com. “They have had the moments of anxiety wondering if the fire over the hill was going to find its way to their neighborhood. I think people are there.”

When Mathiesen first started working at Cal Fire in the early 1990s, a 10,000-acre fire would be a “once a summer event.”

“Now a 10,000-acre fire is something that burns in the first four to six hours of a fire sometimes, depending on field conditions and weather,” Mathiesen said.

The county’s fire department is taking new initiatives to improve fire protection. This includes hiring a specialist to inspect homes in high fire hazard areas, bringing in a fuels reduction crew to bolster evacuation routes and enhancing an alert system to give residents real-time information.

How Santa Clara County residents can prepare for fire season

The high fire hazard zones where the county is focusing suppression efforts are mostly in the West Valley jurisdictions of Los Gatos, Monte Sereno and Saratoga.

At the state level, the Cal Fire Santa Clara Unit (SCU) will have access to new Blackhawk helicopters, staffed air tankers and additional hand crews that include more than 12 National Guard soldiers based in San Jose trained to be firefighters.

Cal Fire SCU also uses a technology that allows a research data specialist to provide real-time data on fires, such as how big a fire could potentially grow within a certain time period without any fire protection resources.

Maintaining firefighters’ mental health is also a priority for Huang. If a firefighter works 21 straight days on a fire, Huang sends them home to their families for a couple days off.

“Yes, we will work hard and we will put out the fires, but I want to make sure they get home to their families,” Huang said.

Officials stressed the importance of residents being aware of fire prevention and protection strategies. Those include knowing evacuation routes, hardening homes by adjusting or installing material that is more fire-resistant and packing emergency kits.

Simitian believes fire protection measures are not flashy, but effective. He led the push earlier this month for the Board of Supervisors to direct the county’s Central Fire Protection District to add a fuels crew, which would clear brush and vegetation along evacuation routes.

“You’re not going to see a story in the paper about a fire that didn’t happen,” Simitian said. “But that’s probably the wisest investment of time and money that we can make, is to prevent the fire altogether.”