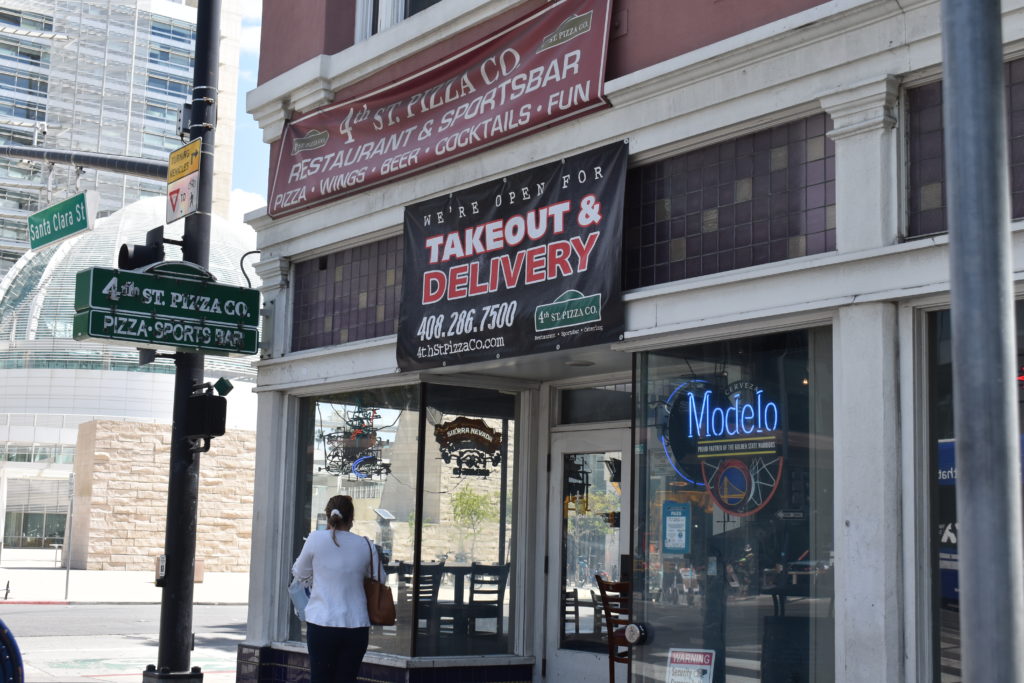 An iconic pizza shop favored by San Jose politicos and downtown residents alike is going under.

The co-founders of 4th Street Pizza Co. told thecupertinodigest.com they have to close their 16-year-old business by October when their lease expires. The developer who purchased the building before the pandemic, Bayview Development Company, is going to demolish the building and replace it with a multi-story structure.

In San Jose’s rapidly changing downtown, 4th Street Pizza has stood out as a constant staple. Opened in 2006 just a year after San Jose constructed its new City Hall across the road, the pizza shop quickly became a popular destination for city workers, elected officials and nearby students at San Jose State University. Co-owner Josh McGhie said he is still grappling with what the loss of his business will mean for himself and the neighborhood.

“This is something we put our entire lives into, this restaurant,” McGhie said. “At the end of this we’re losing everything—I’m losing my retirement, my job—everything.”

Before the pandemic, downtown San Jose enjoyed significant growth as major tech companies laid plans for new towers, with Google envisioning a multi-billion-dollar campus that would bring thousands of new workers into the city. The pandemic struck a serious blow to the downtown economy. Foot traffic is slow to recover as employees continue working remotely and San Jose State students have been back on campus for less than a year.

Development has picked up again even in the pandemic, but downtown faces competition from upscale nearby shopping centers Santana Row and Westfield Valley Fair. On top of that, a recent report paints a grim picture of the downtown core.

4th Street Pizza Company, located at 150 E. Santa Clara Street in San Jose, has been a neighborhood staple for more than 15 years. Photo by Lorraine Gabbert.

McGhie and his partner Daly claim the pandemic is what wiped them out. They wouldn’t be the first—San Jose officials reported that approximately 35-40% of the city’s 60,000 businesses shut down during the pandemic, some of them for good. Daly said downtown has always been a tough place to do business, especially after the 2008 recession, but claims 4th Street Pizza adapted and thrived.

“We’re the absolute fabric of downtown and what downtown needs,” Daly told thecupertinodigest.com. “We started a business here because of the development of City Hall, and we had to adapt a million different times over the years to sustain and grow the business.”

Jerry Vignato, a childhood friend of McGhie and Daly, said San Jose is losing part of its culture with the pizza shop closing. He is sad to see the fabric of downtown change and says it’s for the worse.

“Downtown was the place to be and I just don’t see the people who were here before,” Vignato told thecupertinodigest.com. “Unfortunately, these guys did everything right. But downtown is just not what it was.”

Diners at 4th Street Pizza Co. are dismayed to hear the news about the restaurant. Nancy Maldonado, who works in the city’s finance department, said before the pandemic she used to come to the restaurant almost every Friday with co-workers.

“There’s always this delicate balance for any of us as we watch the city grow between the things that are indelibly part of our cultural past, as well as where our city needs room to grow,” Nguyen said. “Having to make the choice between those two things is not something anyone likes to do.”

According to city records, Bayview Development plans to replace the pizza shop with a u-shaped building that has six stories on the corner of 4th Street, and four stories facing East Santa Clara Street. The building will house retail stores and office space. San Jose Project Manager Rina Shah told thecupertinodigest.com the project is currently under California Environmental Quality Act review. The building is considered a city landmark.

Downtown business owners who spoke with thecupertinodigest.com said they’re saddened about the loss of another long-time tenant. Sameer Shah, co-owner of Voyager Coffee, said the plight of 4th Street encapsulates the dilemma a lot of downtown businesses feel about development.

“We all want downtown San Jose to look and feel like it’s meant for a big city of our scale and size, but at what cost?” Shah told thecupertinodigest.com. “That’s the calculus: what’s coming there, is the cost of running out a business worth the benefit of what we’ll see in a few years?”