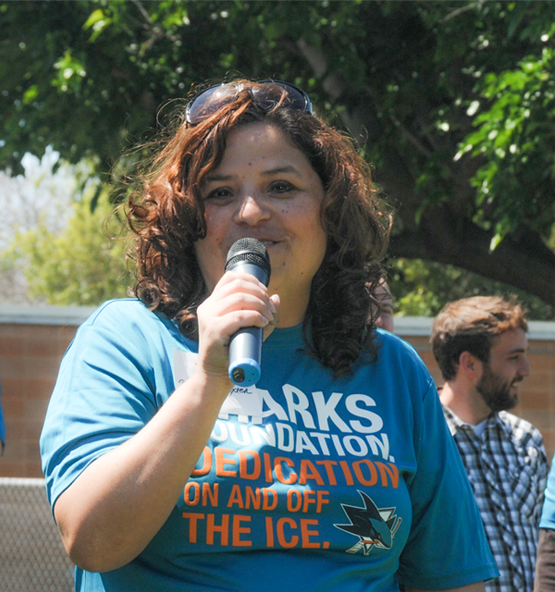 With San Jose Vice Mayor Chappie Jones terming out this year, three candidates are vying to represent the residents of West San Jose.

Ramona Snyder, president of the San Jose Downtown Foundation board, Rosemary Kamei, a Santa Clara County Board of Education trustee, and Tim Gildersleeve, a paratransit operator, are facing off for the District 1 seat on the San Jose City Council. The area is surrounded by Sunnyvale, Campbell, Saratoga and Cupertino—encompassing the Winchester neighborhoods and Santana Row to the north all the way down to the Westgate area, with Westmont High School at the southern border.

Like the rest of the city, District 1 residents contend with increasing housing costs, homelessness and residential and commercial growth near urban villages. Residents here often worry about public safety, quality of life and community engagement as infrastructure changes.

District 1 has very active and strong neighborhood groups that participate in city decisions, Snyder said. So her No. 1 priority is ensuring that resident concerns and desires are heard at the city level.

Snyder, 52, has not held an elected office before and works for entertainment company Legion M. She has raised $24,048 and spent $5,482, according to her latest campaign filings. She is a moderate Democrat endorsed by Silicon Valley Biz PAC, former Councilmember Johnny Khamis and mayoral candidate and Councilmember Dev Davis. She tends to lean more conservative in her positions.

“As a community leader, you learn more about what’s going on within city politics and issues and what the residents are upset about,” Snyder told thecupertinodigest.com. “You also see your residents get frustrated because they feel like they’re not being listened to.”

Snyder has lived in the district since she was two and served on numerous boards and commissions for over a decade, like the D1 Leadership Group, D1 Decides Participatory Budgeting Committee and on the city’s art committee.

In that time, she has seen the tangible impacts of her advocacy and leadership—like the construction of two parks.

Snyder said it was those experiences and her deep love for her community that prompted her to run.

“It is not something I’ve ever even put on my radar,” Snyder said. “But I realized in order to make more of an impact, you have to step up to a council position so that you can really represent your residents.”

Her top priorities are increasing policing, mental health services—particularly in an effort to solve the homelessness crisis—and the city’s housing stock. Snyder wants to increase the community emergency response teams so residents are prepared for any emergency or disaster.

“I’m coming in with a whole new perspective, and think outside the box. But with the know-how and bridge-building skills to get things done,” Snyder said. “I want San Jose to be the safest, cleanest and most vibrant large city in America.”

Kamei, a politico of 30 years, said her priorities are quality of life, housing and development—especially affordable housing—and public health and safety.

Kamei has held a variety of seats from serving on Morgan Hill’s Planning Commission and the Valley Water board of directors to teaching urban planning at San Jose State University. She said the diversity of those experiences is what makes her qualified to be the next councilmember in District 1. After being appointed to the Santa Clara County Board of Education in 2015, she won reelection in 2016 and 2020.

“I’ve been in the nonprofit world and small business world,” Kamei told thecupertinodigest.com. “I bring a lens as a multi-ethnic, multicultural person who understand the change in communities and culture, but also the struggles of making payroll, for example.”

Kamei, 63, said she’s raised at least $30,000 and spent about $6,000. She is a Democrat endorsed by the South Bay Labor Council, the current officeholder, Jones and several local Democrats such as Congressman Ro Khanna and state Asm. Evan Low. She is considered more progressive in her policies.

She emphasized the district is in a unique location because it is bordered by many West Valley cities and suggested having public annual joint meetings with each neighboring city so they could work together to move forward one or two local priorities.

Partnering with other cities would also help address the homeless crisis, she said, because local cities wouldn’t be working in silos.

Kamei said she’d also like to see more public outdoor events in the district such as farmers markets or music events.

“I want to bring opportunities for people to engage with each other again,” Kamei said. “Especially because there’s been a lot of personal isolation since the pandemic.”

Gildersleeve, 60, is a paratransit operator who quietly joined the race. He has unsuccessfully sought a number of local and state campaigns since 2014.

Gildersleeve is a registered as No Party Preference which he believes sets him apart from other candidates. He is not fundraising and said he will spend under $2,000. Gildersleeve has not received any endorsements.

He said he’s spent nearly two decades working with the poor, elderly and disabled community as a paratransit operator—which allowed him to see all of San Jose and inspired him to run. Gildersleeve emphasized how central his Christian faith is in his decision to run.

“I take helping people as very important in my life. By being a city council member, I would have a greater opportunity to help many more people,” Gildersleeve told thecupertinodigest.com.

We’re looking for readers to talk about what they want to see in city government and their next leaders. If you’re interested, email ramona@sanjosespotlight.com.

The election in District 1 is unique in that it could shift the power dynamic of the San Jose City Council. Jones, a former Apple executive, has aligned with the business faction often voting with Mayor Sam Liccardo. The mayor lost his narrow 6-5 majority when labor-friendly Councilmember David Cohen flipped the District 4 seat in 2020.

Now labor leaders are hoping to win another one in District 1—while business interests will likely spend significant amounts of money to save the seat.

The three candidates will face off in the June 7 primary. Hear from the District 1 candidates during thecupertinodigest.com’s forum on April 7.