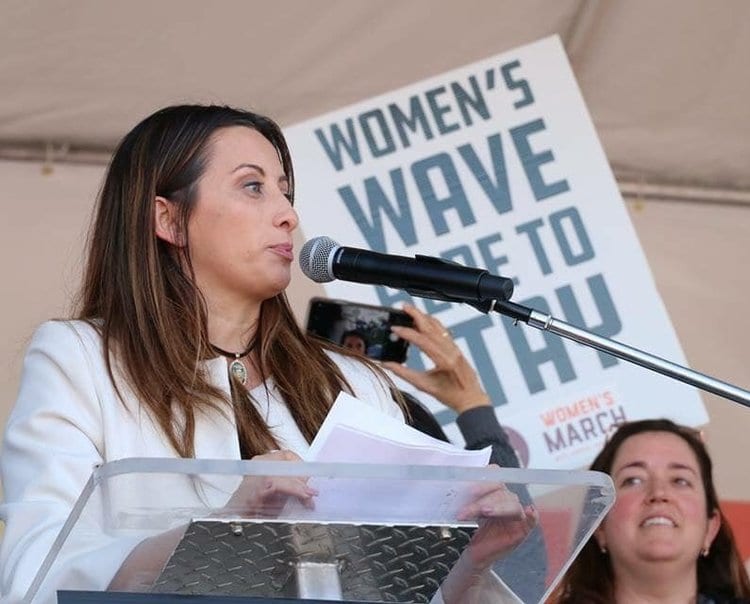 Weeks after the mayor threatened to censure her, Milpitas Councilmember Karina Dominguez is looking at her legal options to fight back against Mayor Rich Tran.

“His words are what bullying is,” Dominguez told thecupertinodigest.com. “Bullying is microaggressions in the workplace, it is what leads to violence in the workplace and it’s quite concerning.”

The move comes after rising tensions on the Milpitas City Council exploded a few weeks ago. The City Council was discussing a proposal to convert the Turing Apartments into affordable housing. Dominguez shared her personal story as a renter in Milpitas — something she said many residents could relate to — referring to herself as the “voice of the missing middle.”

“I am your children,” Dominguez said at the meeting. “Literally, Councilmember Chua and Vice Mayor Montano, I could be your daughter.”

Dominguez was cut off when Tran interrupted her, calling her a “disgrace” and accusing her of targeting other council members.

“I frankly don’t know what ticked him off. All I know is that he banged the gavel and started yelling.” Dominguez said.

While Dominguez supported the proposal to convert the apartments into affordable housing, Tran said the project posed financial risks.

Tran had voiced concerns prior to the Feb. 15 meeting.

“This proposal will drop the rent a few hundred bucks, the city can just not collect the property taxes from the building to subsidize the proposal,” Tran posted on Facebook last year.

Unable to come to a decision, the council voted to postpone further discussion of the project. Following the council meeting, Tran vented about the spat on Facebook.

“I will make a motion to censure Councilmember Karina Dominguez for repeatedly violating the Milpitas City Council Code of Conduct unless she refrains from attacking other members of the City Council,” he posted, adding in a separate post that he plans to limit councilmembers’ comments to 3 minutes per agenda item.

The item retuned to a future City Council meeting where Tran voted in favor. He told thecupertinodigest.com he is a “champion for affordable housing” and denies Dominguez’s claims.

After the public argument, Dominguez told thecupertinodigest.com she made the choice to seek litigation. She declined to elaborate on what type of legal action she might take or who she’s hired but said she’s exploring ways to ensure her safety from Tran.

“I will do whatever it takes to keep myself safe,” Dominguez said. “There’s nothing that I can do other than seek a lawyer.”

Dominguez also demanded that cameras be installed outside councilmembers’ offices, a step she says is necessary to protect herself from the “yelling behind the scenes.”

City Manager Steve McHarris said no cameras were installed due to “logistical issues” followed by the COVID pandemic.

Dominguez claimed Tran would invite himself into councilmembers’ offices and pressure them to support certain items. When she informed Tran she would not vote in favor of an item, Dominguez said she was threatened. She said she filed a complaint with the city attorney’s office.

“He got angry and yelled to remind me that my vice mayor title at the time could be revoked if I didn’t vote for his items,” Dominguez said.

The fight between Dominguez and Tran is the latest in a long saga of turmoil at Milpitas City Hall. Dominguez, who was elected to office in 2018, originally served as vice mayor until she was stripped of the title by Tran in January 2020.

Her removal as vice mayor came after several heated exchanges on the dais as well as disagreements regarding homelessness. Tran has pushed for encampment sweeps in Milpitas, while Dominguez has opposed them.

Tensions at Milpitas City Hall could very well continue for years to come.

Tran, who terms out this year, announced last fall that he’ll run for a seat on the City Council this year — possibly scoring another four years on the dais. Tran has endorsed Vice Mayor Carmen Montano to replace him as mayor.

Dominguez sees the move as a grasp for power.

“This is not a love for service, this is a love for power,” Dominguez said.

Like Tran, Dominguez’s term will expire at the end of the year. Dominguez has not announced whether she is seeking re-election or what’s next in her political career.

Editor’s Note: A previous version of this story reported cameras were installed outside Milpitas councilmembers’ offices but the installation did not occur due to logistical issues.