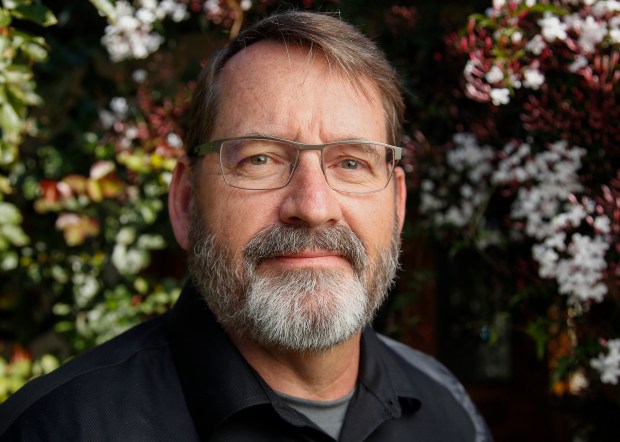 In a partial victory for workers challenging Santa Clara County’s vaccination mandate, a federal judge has ruled that the county must treat employees with religious exemptions the same as those with medical or disability exemptions when reassigning them to less risky roles.

Judge Beth Labson Freeman, however, sided with the county in determining that its mandate ordering all employees to get vaccinated —  as well as its much of its process in accommodating those granted exemptions — is likely constitutional.

UnifySCC, a group of roughly 60 county workers, including correctional officers, nurses and technicians, sued the county in mid-February, arguing that their rights were violated when the county rejected their religious exemptions and put them on unpaid administrative leave.

In August 2021, the county required all 22,0000 of its employees to be vaccinated. While low and medium-risk workers with exemptions were able to stay in their roles as long as they wore masks and underwent regular testing, the county ordered high-risk workers with exemptions in hospitals and jails be placed on administrative leave while a position would be found for them that would pose less of a risk to the public.

In her June 30 ruling, Freeman found that in trying to align with federal and state laws, the county is likely violating First Amendment protections in giving those with medical and disability exemptions from the vaccine priority over those with religious exemptions in finding them new positions with the county.

According to figures provided by the county, about 100 current employees will be affected by the judge’s order.

UnifySCC ultimately seeks to undo the county’s mandate and get the dozens of unvaccinated employees with religious exemptions back into their original roles, as well as receive financial damages for the time in which the workers were on unpaid leave.

HAYWARD, CALIFORNIA – MARCH 7: Tom Davis poses for a photograph outside of his home in Hayward, Calif., on Monday, March 7, 2022. Davis is one of roughly 60 employees suing Santa Clara County over their vaccine mandates. (Nhat V. Meyer/Bay Area News Group)

Sandra Rappaport, an S.F.-based employment attorney with Hanson Bridgett, said that the judge’s ruling is unlikely to help the plaintiffs achieve this goal. She described the injunction as limited as it is only ordering the county to augment its accommodation process, not overhaul its entire vaccine policy.

“Ultimately, I don’t expect that this decision will have much of an effect at all on how the county handles these situations,” Rappaport wrote in an emailed response. “The court generally agreed that the county and the public has a great interest in keeping people safe and reducing the spread of COVID-19, and the vaccine mandate and accommodations framework furthers that interest.”

County Counsel James Williams concurred with Rappaport’s analysis, and said the judge’s ruling was a positive outcome for the county.

“Overall, we’re very pleased with the court’s order,” said Williams, who added that the ruling will now make the county’s accommodation “more straightforward” and easier for everyone.

But Mariah Gondeiro, the attorney representing the plaintiffs, said she is confident the judge’s decision will help her case in the long run.

“I think it gives us tremendous leverage going forward,” said Gondeiro, who works for Advocates for Faith & Freedom, a law firm based in Southern California which specializes in defending religious freedoms. “This is a very good sign.” The attorney said she would continue to challenge the county’s mandate. A settlement conference is currently being scheduled.

The ruling comes as Santa Clara County continues to face challenges to pandemic-related health orders affecting not only its employees but the general public.

In March, the same federal judge who issued the narrow injunction last week urged the county to resolve its lawsuit against a San Jose church that had refused to pay millions of dollars in public health violations after holding indoor, mask-free services during the height of the pandemic.

Freeman said that the county’s suit against the Calvary Chapel had “mushroomed out of control” and pointed out that similar lawsuits around the state had resulted in counties paying out hundreds of thousands of dollars to local churches in settlements. The suit comes as the conservative-leaning U.S. Supreme Court has repeatedly ruled in favor of religious freedoms over public health mandates. In early 2021, the high court ordered California to allow worship at 25 percent capacity and later ruled against Santa Clara County’s ban on indoor services.