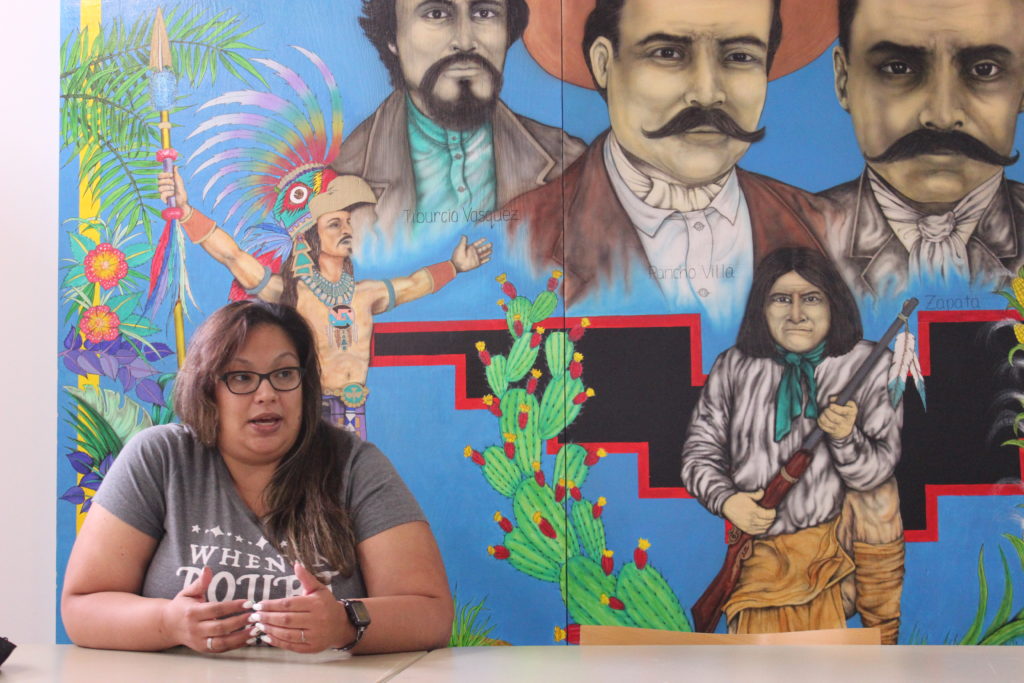 Until about a month ago, East San Jose’s history was a gaping hole in the city’s local libraries.

The community, often overlooked and neglected, did not see itself at all reflected in Silicon Valley’s history books.

That all changed with a single question.

A San Jose State student was looking to learn more about the city’s lowriding culture and asked an on-campus librarian for copies of Lowrider Magazine—a national publication started by three SJSU students who grew up on the Eastside.

The Martin Luther King Jr. Library didn’t have it.

“Just like the Eastside was neglected, so was the history,” librarian Estrella Inda told thecupertinodigest.com. “I couldn’t tell you why that is, but it’s a loss for San Jose.”

Inda, who’s mother was a local organizer in East San Jose, turned to the community to collect the oral history of lowriding culture and salvage some old magazines—eventually using the info for a major library exhibit in 2018. But as she dug through that part of East San Jose’s history, Inda and other librarians realized there was a huge gap in their collection.

The stories of the Eastside from the 1950s to now—the arts, theater, culture and activism—were not documented. They weren’t captured by the university, local news or historians, Inda said. And if they aren’t recorded now, while many of those residents involved are still alive, those stories could disappear.

“We don’t know what happened in the past, but it’s part of those things we can fix now,” Inda said. “It’s important that we do because there are already so many people I would’ve loved to talk to—Esther Medina, Sofia Mendoza—they’re no longer here. But there’s still others that worked with them.”

So began an almost anthropological search to tell the untold stories of East San Jose.

On July 1, the city’s downtown library launched “Eastside Dreams: The Untold Stories from the Eastside.” The free exhibit will run until Sept. 24 on the fifth floor of Martin Luther King Jr. Library.

Street signs of major Eastside streets like McKee and King roads line the exhibit’s ceilings, guiding visitors to the section on lowriders and through a collection of photos and posters for community events and protests. The special collections room highlights prominent community leaders, business cards and maps of how East San Jose has changed.

Darlene Tenes, founder of the Farmworker Caravan, is one Eastside leader featured along with her mother Lily Tenes. She said she was honored to have her family recognized, but even more ecstatic to see East San Jose depicted accurately.

“People just dismiss the Eastside,” Tenes told thecupertinodigest.com. “They don’t realize all the history, the tradition. That it is filled with good people. That crime is actually not concentrated in the Eastside… and that most of the wealth used to come from here, thats why the city’s first country club is up here too.”

She said East San Jose is full of generations of activists, like Cesar Chavez’s family—who’s sister led the Community Service Organization, one of the more prominent Latino civil rights organization most famous for training Chavez. Their family house is a historical landmark in East San Jose. The exhibit also highlights the community leaders born out of the Community Service Organization who fought for the city to finally open a hospital on the Eastside in 1965.

A collection of documents and an old phone tell the story of a community effort, started by Eastside activist Sofia Mendoza to monitor interactions between police and residents to combat police brutality in the early 1970s, as well as the history of Eastside Emmy-winning journalists like Len Ramirez. There’s also the Ribs brothers, the first African American business owners who have a street named after them.

In telling these extraordinary stories, leaders and historians hope to shed harmful narratives and stereotypes about East San Jose—and instead elevate the rich cultural history that’s been whitewashed, glossed over or replaced by a shiny image of a tech-driven Silicon Valley.

“It paints a different story of the Eastside,” Inda told thecupertinodigest.com. “It is not what it has been portrayed to be—the worst part of town. It’s families, it’s multigenerational homes, it’s artists and activists.”

A ‘potluck’ of artifacts

Inda and other librarians talked to hundreds of residents—some well known and others unaware of the significance of their work—to tell the stories of East San Jose and build out the collection. They conducted interviews and asked for artifacts like photos, protest posters, event flyers, business cards and anything else to visually tell the story of the time.

“We found that this was not just about Mexican Americans or Chicanos, this was a diverse community of individuals that wanted to work towards the betterment of voice,” Library Director of Special Collections Kathryn Blackmer Reyes told thecupertinodigest.com. “I think this is where the campus was very key to develop that conversation.”

Photos of Kathy Chavez Napoli, one of the few Native American residents to run for San Jose City Council in 2000. Photo by Jana Kadah.

The granddaughter of Kathy Chavez Napoli, one of the few Native Americans to run for San Jose City Council in 2000, donated photos from her childhood. State Sen. Dave Cortese, whose family worked in East San Jose orchard fields before turning to politics, donated items like a hard hat from the family farm, awards, photos and an old sweater of the Cortese-sponsored football game between Silver Creek and Evergreen High Schools. Members of the Black Berets for Justice and the Chicano Pinto Union provided posters they used to organize.

“This exhibit is almost a potluck of things people brought in to tell their stories,” Cortese told San José Spotlight. “And it pulls into this extraordinary cultural tapestry of history together in one place.”

Cortese said the exhibit is a space where residents or local leaders can understand what the Eastside has meant for the city.

“Eastside has been redlined and stigmatized for years, as almost as if it’s a non-contributor, or somehow a drag on our metropolitan area,” Cortese said. “The exhibit shows that not only has it not been a drag, it’s perhaps been the impetus for innovative global leadership.”

“We know we are going to get criticism for missing some stories,” Reyes said. “But that is a good thing because this is a living, breathing exhibit that we want residents to contribute too to capture our history. This is not just East San Jose’s history—but all of San Jose.”