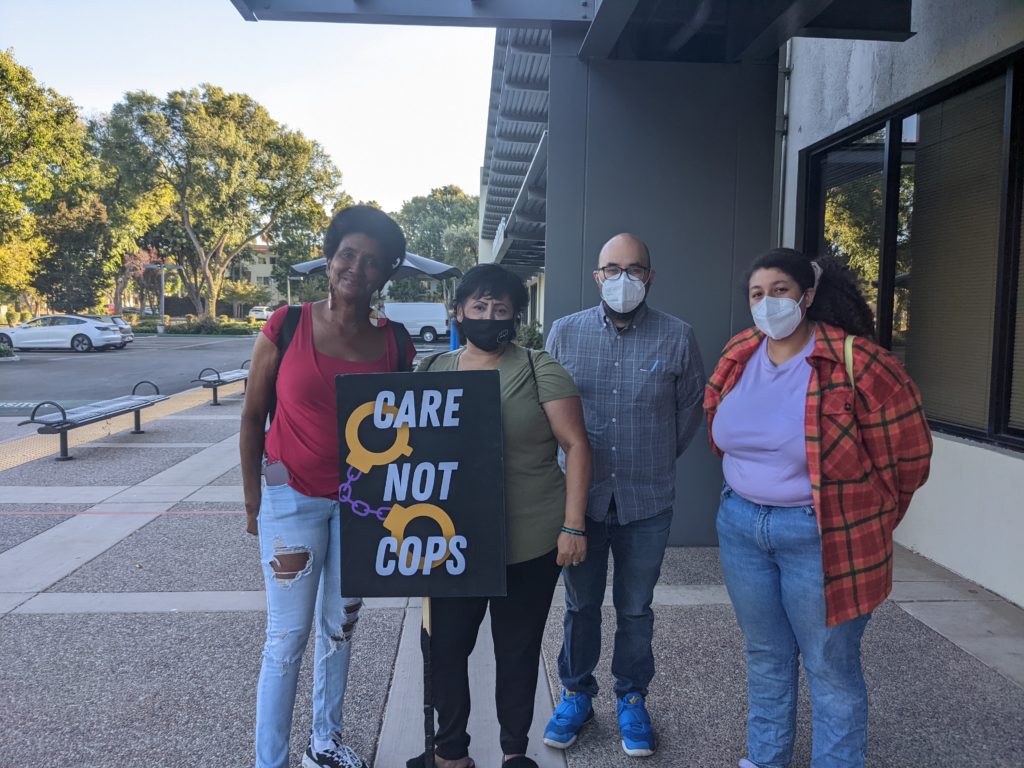 Six month after San Jose’s largest school district voted to boot cops off campuses, it quietly brought them back on an individual basis. Now those officers will remain on campuses until June, trustees decided in a controversial vote this week.

The San Jose Unified School District Board of Trustees on Thursday voted unanimously to extend a $800,000 contract with San Jose police that allows schools to use officers on campus in any capacity.

The decision includes high schools and middle schools in the district. Each school will independently decide if and how they want to have cops on campus, including while classes are in session.

Amid growing backlash and community outcry, the trustees voted a year ago against renewing the district’s police contract in a split vote. The decision was applauded by social justice advocates who said police on school campuses stir intimidation, particularly among students of color, and feed the school-t0-prison pipeline. But the victory was short-lived. The school board reversed course last August and voted to bring officers back, but only as “private security guards” for special events such as football games and dances.

Then in December, the board voted to allow each campus to hire SJPD officers as part of their safety plan in however they see fit. Thursday’s vote extended that decision.

The 28 contracted officers will be paid $70 an hour and can be paid up to $25,000 in total per year. Their hours on campus have been limited as the district’s Advisory Committee on the Use of SJPD Officers examines the use of police in schools, according to the school board.

But advocates say that’s not enough to prevent police violence against students.

“We’re taught to avoid the police for our own safety,” resident Elizabeth Aryamont told thecupertinodigest.com. “And so the fact that you’re at school and the police officers are there and they’re doing the same types of things in terms of watching and harassing you, that’s not a healthy environment to get education.”

The discussion during Thursday’s meeting grew heated when Crystal Calhoun, a grandmother of students in the district and member of the San Jose Unified Equity Coalition, lost her temper. She’s been leading the charge against police officers on campuses for more than a year.

Calhoun marched out of the meeting, bearing a black sign that said, “Care not cops” with an image of purple and yellow handcuffs. She said she’s disheartened by the district’s decision.

“For me, being a grandparent and a parent, it’s really hurtful and harmful what they’re doing to the students,” she said.

Community members sit in on the board meeting Thursday night.
Photo by Annalise Freimarck

But Eduardo Valladores, a San Jose High School teacher of 13 years, said the school board is refusing to listen to parents, teachers and the community.

“In this case, which has led me to feel very disempowered in these meetings, there is no dialogue,” Valladores told thecupertinodigest.com.

Jennifer Maddox, a spokesperson for the district, declined to comment. Carla Collins, board president, could not be reached for comment.

Advocates say the funding for police officers should instead pay for mental health services and counselors.

Parent Laurie Valdez said there’s not enough resources available to help students in crises. “No kid is bad. They’re traumatized. They need healing,” she said. “They need to get to the root of their problem, but there’s no resources. There’s no support to get to these kids.”

“I encourage the public to go into previous agendas and see all of the contracts of more providers that we have contracted with to provide mental health services for our students,” she said during the meeting.

The board also approved a $150,000 contract with Edvantage to help with psychological services in the district. Still, advocates said they will keep pushing for the removal of cops from campuses.

“I think what we have to realize is that we have to stand up for those people that are being taken advantage of and (students) are the most vulnerable right,” Valladores said.