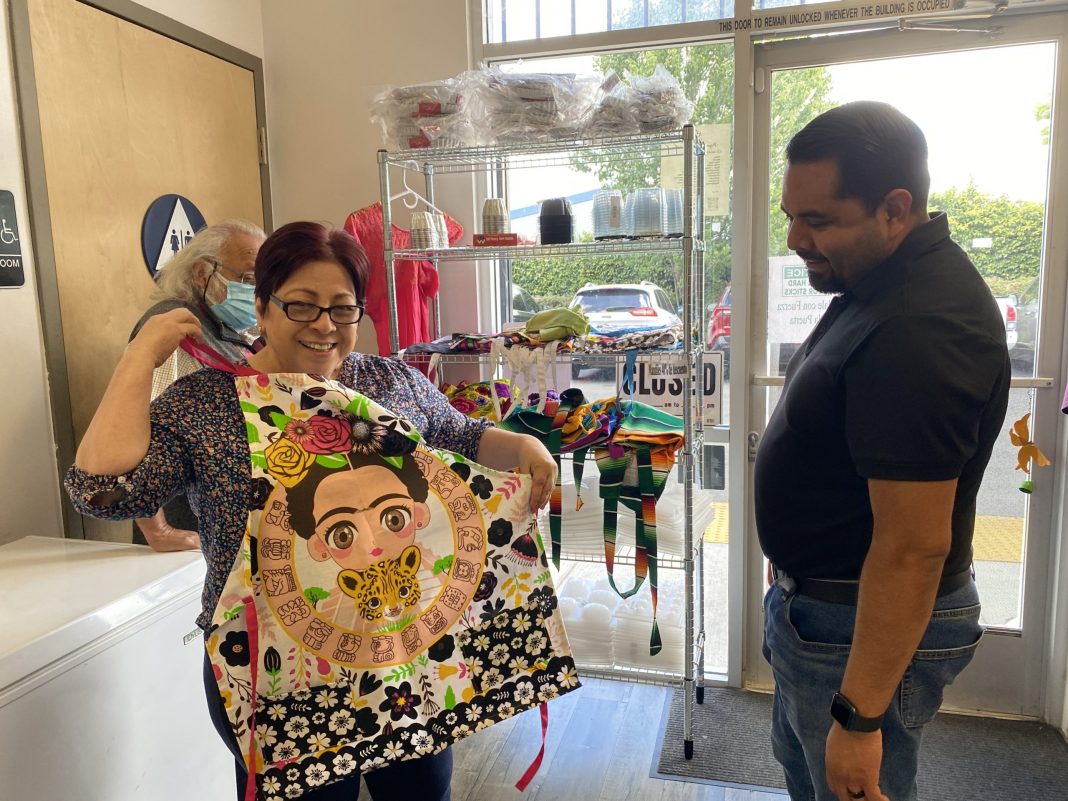 Yacanex Posadas grew up mostly on the north side of San Jose. He worked multiple jobs at a young age to help his family, who told him everyone can use a hand.

“My dad always taught me about standing up for the little guy,” Posadas said. “My grandma always used to say, be the voice for the voiceless.”

His mother operated a food truck, and throughout high school Posadas helped sell food to other students. His father, a musician, worked as a janitor. Posadas said his parents were his inspiration.

Posadas, who lost his tech job during the Great Recession of 2008, now provides a helping hand to dozens of Latino-owned businesses in Silicon Valley struggling to survive in a post-COVID world. He offers business coaching and support to entrepreneurs across the region, from Zoom workshops to annual conferences.

He began offering financial and technology consultation — everything from filing paperwork for permits to improving internet connectivity — to local Mexican restaurants. He said the pull to help immigrants and undocumented residents who often work multiple jobs was familiar and strong. He focused on low-income immigrants and Latina entrepreneurs.

When the recession faded and he returned to tech in 2010, the calls for help didn’t stop. Posadas found himself working nights helping with paperwork, budgets and technical glitches for restaurant owners. What he thought was a temporary hiatus from the tech world proved to be otherwise.

“I felt like the business world was leaving them behind,” Posadas said, referring immigrant entrepreneurs.

So he decided to leave tech and start a business of his own — Yacanex Business Group LLC — to support entrepreneurs looking to secure permits or expand their locations.

“He’s one of my favorite people I’ve ever worked with,” Schmidt-Posner told thecupertinodigest.com. “He’s just so outgoing and he’s really smart, he knows his stuff.”

Posadas also created the nonprofit Yacanez Community to keep his business coaching free and founded the Latina Emprendedora, an annual conference that brings together Latinas from different backgrounds to network.  More than 100 women attend the conference each year.

Yolanda Gomez said Posadas helped her purchase City Diner on Monterey Road in San Jose. She and her husband worked multiple jobs over the years to support their children, and she lost her employment during the pandemic. When she began baking to pay the bills, she connected with Posadas who helped with permits to take over her former boss’s diner.

“If Yacanex wasn’t here, I don’t know if we’d have the restaurant or not, because I was really lost. I didn’t have any idea how to start,” Gomez told thecupertinodigest.com.

“I learned how beneficial it is to look for help,” she said. “As a Latina, having a small business is really difficult.”

Posadas also helps business owners who have been “harassed” or cited by the city for selling products outside business locations without a permit.

“I would like to see more assistance for people getting permits in different languages,” Posadas said. “When people are trying to start businesses, it brings in sales taxes to the local community. It’s good for the city, too.”