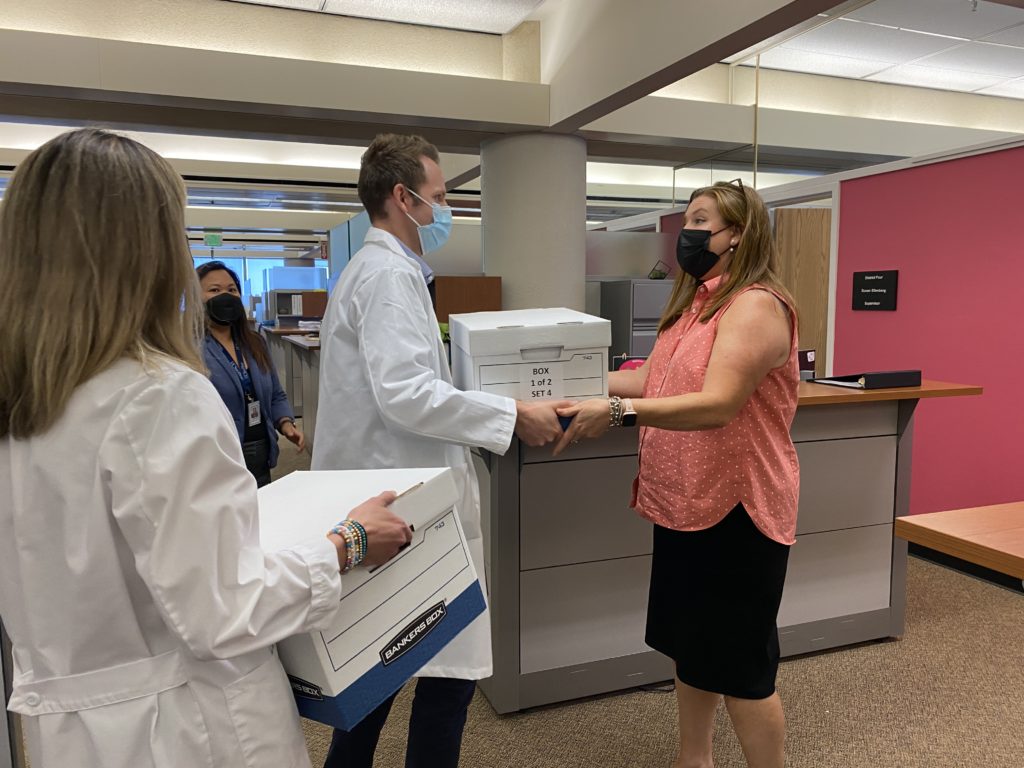 Local doctors are outraged over a proposal from Santa Clara County to tie some of their pay to the number of patients they see.

The physicians from three county-owned hospitals say the model will hurt patients and quality of treatment. Nine doctors from Santa Clara Valley Medical Center gathered in front of the county offices Tuesday to sound the alarm on the new pay program.

The new compensation plan, which is still short on details, is the county’s response to the physicians’ demands for higher pay to help recruit and retain doctors. Roughly 80% of physicians in Silicon Valley earn more than those working at the county hospitals, according to an analysis by the doctors’ union. This has resulted in retention issues, longer workdays, and more clerical responsibilities for doctors, union members said.

The group on Tuesday delivered 10 boxes of 3,500 signed petitions from doctors and supporters to county lawmakers to oppose the plan.

The county’s plan, which would tie doctors’ bonus pay to the number of patients they see per hour, will exacerbate growing concerns about working conditions, the doctors said. If the plan is approved, patients of the county health system—many of whom are low-income, people of color or those without insurance—will have less time with their doctors and likely to see a decline in care.

“This has been a huge hit to our morale,” Dr. Eon Rios, a dermatologist at the VMC, told thecupertinodigest.com. “During COVID we dropped everything and put ourselves at risk, and then now it feels like we’re being forgotten.”

Rios said under the proposal a doctor can see a patient for six to seven minutes in the dermatology department.

“When a patient doesn’t speak your language, you can’t deliver care that way,” Rios said, adding 30% to 40% of his patients don’t speak English. “You can’t push us to do a productivity-based system.”

The doctors, who are county workers, have worked without a contract for a year. The Valley Physicians Group (VMG), a union representing nearly 500 county doctors at Santa Clara Valley Medical Center, O’Connor Hospital and St. Louise Regional Hospital, has rallied against the new initiative for 18 months.

Santa Clara Valley Medical Center doctors delivered thousands of petitions in support of the Valley Physicians Group’s demand Tuesday to the Board of Supervisors’ offices. Photo by Tran Nguyen.

Once hailed the “frontline heroes” during the COVID-19 pandemic, local doctors said they’re now being treated with disrespect, as they face long working hours, heavy workload and low pay. Dr. Brandon Ginieczki, who has worked at the VMC since 2008, said many county physicians take extra work to make ends meet because of the low base pay.

“It’s always been an issue,” Ginieczki told thecupertinodigest.com. “If you want to try to pay for mortgages then you have to pick up more work.”

County officials said Tuesday they’ll continue to negotiate the contract with VPG but did not address questions about the new pay program.

“The county is committed to reaching an agreement with Valley Physicians Group that will enable the county to maintain a fiscally sustainable, top-notch health care system for the hundreds of thousands of patients we serve every year,” officials said in a statement to thecupertinodigest.com.

Dr. Susan Zhao, a cardiologist at the VMC since 2011, stressed the county shouldn’t prioritize quantity over quality.

“This is very misguided,” Zhao told thecupertinodigest.com, noting similar volume-driven models have been tested—and abandoned—at private hospitals, “It pains me to see the quality of care at our hospital is slowly going down. Our wonderful community should be very confident when they walk through the door at our hospitals.”

Santa Clara Valley Medical Center doctors want to see the county raise the base pay for county physicians and address the pay inequities in the system. Photo by Tran Nguyen.

Santa Clara County, one of the wealthiest areas in the country, vowed to invest in safety nets such as health care. The county spent roughly 40% of its next year budget on hospitals and health programs. But county physicians said administrators are ignoring the pay inequities in the system.

According to the union, roughly 50% of its members who are specialists and non-primary care physicians are being paid far below the market rates. This disproportionately affects women and doctors who are Asian American and Pacific Islanders (AAPI), union leaders say. In 2022, nearly 20% of the union is comprised of AAPI female doctors receiving substandard market wages.

The petition came months after a group of contracted emergency physicians at the Valley Medical Center protested against the ongoing staff shortage and unsafe working conditions. The average wait time for patients in the ER ranges from eight hours to 14 hours, workers said. The doctors, employed by medical group US Acute Care Solutions (USACS), wanted the county to either hire them as county employees or find a local company to manage them. Santa Clara County decided to extend the contract with USACS despite the opposition.

Hospitals and health care systems across the country are seeing a growing workers shortage—which has put a strain on those who have spent the last two years fighting a pandemic that’s killed 2,329 people locally. In Silicon Valley, health care workers at San Jose Good Samaritan Hospital, Stanford Health Care and Sutter Health have all sounded the alarm over the chronic staff shortage, despite not facing the same challenges as county-employed doctors.

“We are proud to serve some of Santa Clara County’s most vulnerable community members,” VPG Chairman Stephen Harris said. “Our patients should not be denied time with their doctor and the quality healthcare experience just because they are using a public hospital. Santa Clara County’s Health and Hospital System should be setting the standard for quality care, not lowering the bar.”

Ginieczki, who’s part of the negotiation team, expects talks to continue for at least the next two months.