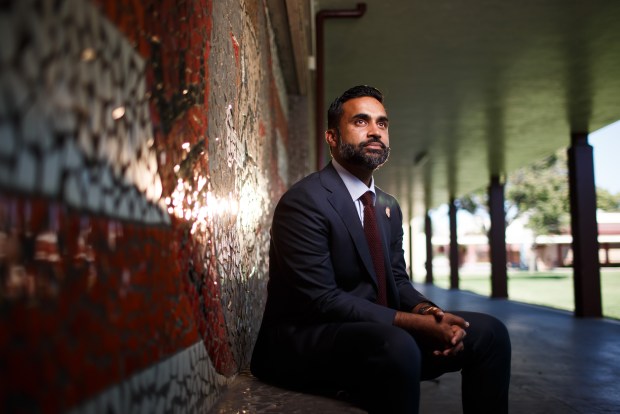 Santa Clara County District Attorney Jeff Rosen is headed to a fourth term after initial returns show him steadily clearing the 50-percent threshold to bypass a November runoff, with his two challengers trailing by considerable margins in his only contested election since he was first voted into office 12 years ago.

Rosen touted himself as a proven leader and the only candidate with tangible credentials to lead the state’s second-largest district attorney’s office, and ran a relatively low-key campaign reflective of an incumbent with prominent political backing and robust fundraising.

“Santa Clara County leads the way in technology, diversity, and the smart and balanced way we strive to handle criminal justice,” Rosen said in a statement Tuesday night. “Today’s vote once again shows there is a mandate for safety and fairness. Not one at the expense of the other, but both.”

“Although I disagree with their political positions, I respect the Democratic principle of those who also ran for this vital job. I hope they continue to use their passion to help people,” Rosen said.

Khan, Rosen’s most active opponent, ran on a heavy reform platform and positioned himself as a transformative progressive candidate in the mold of San Francisco District Attorney Chesa Boudin — who was recalled from office by voters Tuesday — and Los Angeles County District Attorney George Gascón.

That made the voting splits surprising, after Rosen garnered nearly 60% of the vote counts emerging Tuesday night. The profile of Khan’s campaign, backed by by grassroots criminal-justice reformers and some of the same forces that ushered Boudin and Gascón into office, would have suggested that he would have finished second to Rosen.

Instead, with about 16% of the vote, on Tuesday night, Khan was trailing former prosecutor Daniel Chung, whose largest claim to fame is that he is suing Rosen, who he says fired him after he wrote an op-ed criticizing criminal-justice reforms without the express approval of his boss.

Chung threw his hat into the race and announced himself as a tough-on-crime candidate and ran a bare-bones campaign that as of Tuesday night was ahead of Khan by nearly 8 percentage points.

“I think coming in second is extraordinary,” Chung said Tuesday night. “It speaks to what I saw on the ground, which is that people were very dissatisfied with the status quo. There’s a yearning for change. Whoever is elected next has to be concerned with that.”

Chung added: “I didn’t have their money, endorsements or name recognition, and my message still resonated with the voters of Santa Clara County. I’m grateful that everyone heard me despite my lack of traditional metrics.”

Khan’s campaign faced some of the same kind of law-and-order pushback that beset Boudin. In the same vein, Khan emphasized that the movement to end the state’s reliance on jails and prisons as a crime solution will outlive his individual DA candidacy.

“I’m really proud of the campaign that we ran, and really proud of the issues and concerns we were able to raise and cultivate in our community, and the grassroots support we were able to earn,” Khan said Tuesday night. “I’m going to keep doing the work as a public defender fighting against mass incarceration, and working to heal systemic racism. We’ll keep showing up in the courtroom and outside the courtroom, and embody and manifest those values.”

During his campaign, Khan said he learned “there’s an appetite for what we represent.”

“This is a very diverse county, filled with a medley of human beings, many of whom are living on the margins and are really struggling, many who have been harmed and criminalized by our criminal legal system,” he said. “We’re going to keep fighting to fulfill the dignity and safety of people in our community.”