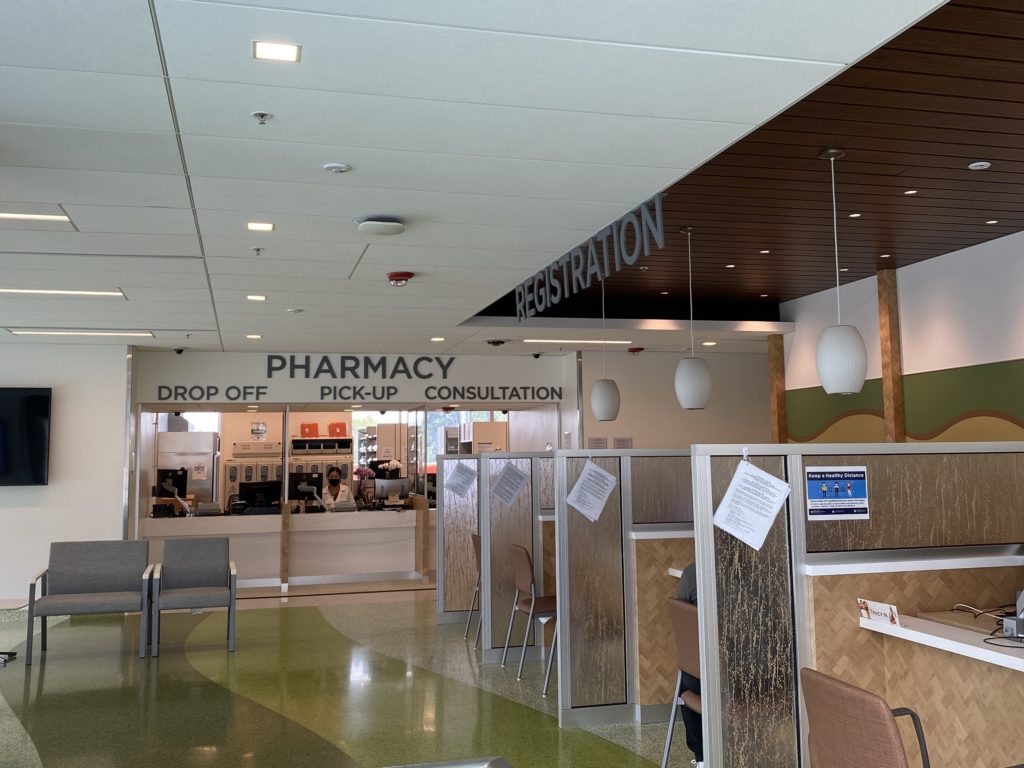 After years of planning and months of delay, the service center dedicated to the Vietnamese community has opened its clinic to help address the health care gap among the underserved population in the South Bay.

The 37,000-square-foot, three-story building at 2410 Senter Rd. in San Jose aims to serve as a one-stop shop in providing a number of health and human services to more than 140,000 Vietnamese residents. San Jose has the largest Vietnamese enclave of any U.S. city outside Vietnam.

The new clinic at the center is equipped with workers who can speak both Vietnamese and Spanish. Photo by Tran Nguyen.

David Ta, a senior resident who came by the center Monday for a free lunch, said he’s seen many in the community bypassing routine health check-ups because of the language barrier, costs and long waits for appointments. Ta said he had to check into the emergency room several times over the years because he had to wait weeks for a doctor’s appointment.

“This kind of service at this kind of location is sorely needed for the community,” Ta told thecupertinodigest.com. “I haven’t checked out the clinic, but from what I have seen, I think it’s going to be a big help.”

Hong Tran, 70, comes to the center five days a week to get her lunch and meet with others in the community. Photo by Tran Nguyen.

The first of its kind

The Vietnamese American Service Center, first of its kind in the U.S., was designed based on community feedback and took nearly a decade to finish under the leadership of then-Supervisor now-state Sen. Dave Cortese and Supervisor Cindy Chavez.

Prior to construction, Santa Clara County hosted a number of community meetings to solicit feedback from residents and stakeholders in the Vietnamese community—including a lack of culturally competent county workers who can speak Vietnamese. The county then designed the building and its programs based on those comments, officials said.

The health clinic, located on the second floor of the building, aims to increase access to health care for the Vietnamese population. According to a county study, the population faces more significant socioeconomic challenges and disparities than other major ethnic groups. Roughly 13% of Vietnamese families live below the poverty line in Santa Clara County and many lack health insurance, officials said. These challenges, as well as language barriers, have limited their opportunities and resources related to health and well-being.

Vietnamese women in general are five times more likely than any other ethnic and racial group to have cervical cancer in the United States. One in eight Vietnamese residents also carry Hepatitis B—a virus that impacts one in 1,000 of the general population. In Santa Clara County, more Vietnamese American adults have been diagnosed with diabetes than all Asian Americans, Pacific Islanders and caucasians as a whole.

Trinh Nguyen, a San Jose senior resident of more than 20 years, was among the first few to visit the clinic Monday morning. Nguyen said he learned about the center and its clinic recently and wanted to schedule a blood test for his wife.

“This is my first time here, and I didn’t know what to expect,” Nguyen told thecupertinodigest.com in Vietnamese. “They walked me through all the steps and carefully explained the process to me—all in Vietnamese. It was very helpful.”

“It’s a 10 out of 10 for me,” San Jose senior resident Hong Tran, who comes to the center five days a week, told thecupertinodigest.com. “Everyone is so nice and helpful. If I have a question, they will find out the answer for me.”

All three Vietnamese senior residents think the new clinic will encourage more people to take care of their health.

The clinic, equipped with workers who can speak both Vietnamese and Spanish, also serves the general population in East San Jose. East side resident Allison Reyes came to the center Monday morning to check in with her doctor.

“I don’t know much about this center before today, but it’s a very nice building,” Reyes said. “I think the program is going to be good for the area.”