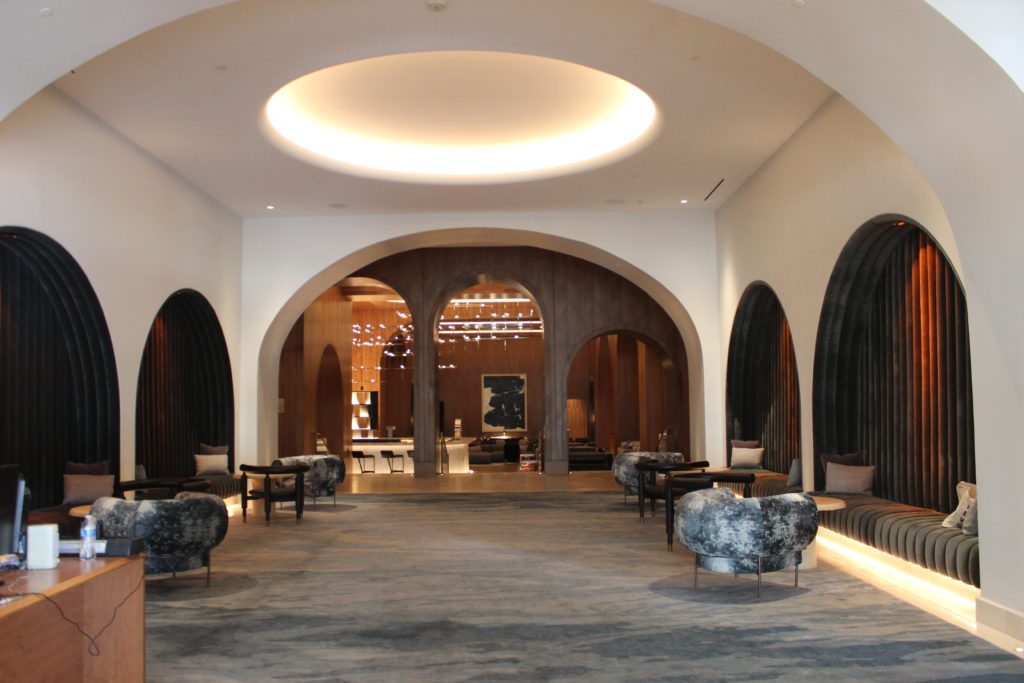 The Signia by Hilton San Jose—owned by Hilton Worldwide Holdings—is the new operator of the 805-room property formerly known as the Fairmont Hotel. The Fairmont abruptly closed in March 2021 after owner Sam Hirbod, a San Ramon-based business and real estate executive, declared bankruptcy. Located in downtown San Jose, the hotel’s demise was one of the many economic blows of the pandemic, forcing about 400 hospitality workers out of a job.

With the reopening in April, rooms and events have already been booked at the hotel and former workers should be returning.

“It’s a positive step in the right direction for the economic impact of our downtown,” Team San Jose spokesperson Frances Wong told thecupertinodigest.com. “It will be the new iconic gathering place for locals and visitors alike.”

Team San Jose manages the city’s arts and cultural centers and tourism, including the convention center. Last year, they reported zero dollars in revenue. Since its creation in 2003, Team San Jose has brought in millions of dollars for the city.

The hotel opening in the heart of downtown at 170 S. Market St.—minutes away from the San Jose McEnery Convention Center, Center for the Performing Arts, the Tech Interactive and other San Jose landmarks—will help generate more revenue for Team San Jose and the city, Wong said.

The renovated lobby of the Signia by Hilton San Jose hotel. Photo by Jana Kadah.

Signia by Hilton San Jose is poised to shift away from the destination hotel model that the Fairmont provided since 1987; and instead serve the business tourism industry that is more popular in downtown San Jose.

San Jose is one of those unique large cities in the county that attracts more weekday business travelers than weekend tourists, said Derrick Seaver, president of the San Jose Chamber of Commerce.

“It’s a rarity when a larger operator comes in and chooses to do something that matches so perfectly with the market and the economy of the city,” Seaver told thecupertinodigest.com, referring to business travelers.

The hotel is undergoing extensive renovations including the lobby and bar, a revamp of the fitness center and an additional 65,000 square feet of meeting space.

“The Signia by Hilton brand aligns with Hilton’s passion and mission to deliver state-of-the-art technology, world-class design and impressive (food and beverage services)—as those are the key differentiators that meeting planners are looking for when booking a large-scale meeting or conference,” hotel manager Jimmy Sarfraz told thecupertinodigest.com.

The renovated bar at the Signia by Hilton. Photo by Jana Kadah.

Enrique Fernandez, business manager of UNITE HERE Local 19, said the union that represents the hospitality workers in many of the regions high-end hotels is excited about the reopening.

How will San Jose enforce its return to work law?

“We as an industry have gone through a lot of ups and downs,” Fernandez told thecupertinodigest.com. “Members are very happy to return and have the opportunity to serve families in the business community and continue (working) at a property that has a lot of history.”

All the workers will not be returning immediately. The hotel still needs to ramp up and rooms need to fill up before all 400 employees are back on the job. The hotel workers will be recalled based on seniority. Some of the employees have been working there since the Fairmont opened 34 years ago, Fernandez said.

Ruth Silver Taube, a Bay Area workers’ rights lawyer and human rights advocate, said the way union workers will be returning to work at the hotel is in line with the right-to-work state law. It mandates that any employee who was let go because of a COVID-related reason has first rights to return to that job—even if a business changes owners or operators. San Jose has its own return to work rule as well.

“Seniority is the fair way to bring back workers because it eliminates favoritism,” Silver Taube told thecupertinodigest.com, adding the Signia by Hilton is lucky to have these union employees. “There weren’t a lot of complaints about service, you know. It had a really good reputation. And the workers were all very hard working.”

The hotel is currently accepting reservations for April 25 and beyond—when it is set to reopen.