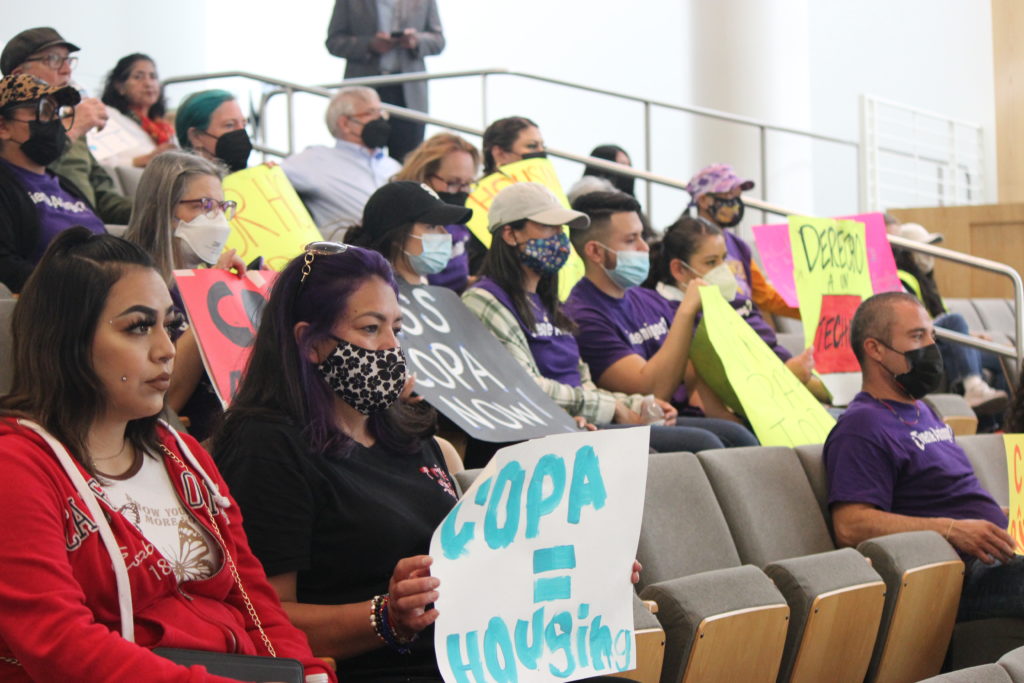 Commercial developers in San Jose will see another fee cut—and some advocates say it’s at the expense of affordable housing.

On Tuesday, the City Council unanimously approved a 20% reduction in commercial linkage fees citywide if the fees are fully paid before construction. The fee is a cost per square footage.

The commercial linkage fee program, adopted in 2020, requires developers of office, retail, hotel, industrial, research and development, warehouse and residential care spaces to pay $12-15 per square foot, unless they promise to build the equivalent in affordable housing. For developments outside the downtown core, fees are $5 per square foot.

The fees generate $6.4 million annually for affordable housing development, though payments have yet to be received, according to Housing Deputy Director Rachel VanderVeen.

“Having the fee be too low means we are not generating revenue for affordable housing at a rate that reflects the impact that commercial development has,” Andrea Portillo, program manager for SOMOS Mayfair, told councilmembers.

Marchers held signs in support of the Community Opportunity to Purchase Act, or COPA, which would give a qualified nonprofit buyer the right to make a first offer on a residential property to ensure the housing is affordable. The council was set to consider a vote on a local ordinance in March which was deferred to October.

“We are here to force the city to pay attention to the human need and housing crisis and not the needs of developers,” Sandy Perry, executive director of the Affordable Housing Network of Santa Clara County, told thecupertinodigest.com.

Mayor Sam Liccardo said the fees are not the saving grace for affordable housing that advocates believe them to be.

“Both in terms of the quantity of dollars and trade off, there is reason to have modest expectations about what we are going to accomplish here,” Liccardo said. “At the end of the day it cannot do nearly as much in terms of benefit for affordable housing, but we know it can do a considerable amount of harm if this is set too high.”

“We don’t want to squash projects before they begin,” Councilmember Dev Davis said. “We have to get out of our own way, encourage commercial development and provide as much flexibility as possible.”

The city also approved giving developers three options to pay commercial linkage fees: get a 20% reduction if paid up front, pay 100% of fees by the building’s final inspection or a deferred secured payment option with a 3% interest rate.

Councilmembers Magdalena Carrasco, Sergio Jimenez and David Cohen initially wanted to mandate payments be made before construction, but changed their stance because developers said it would be too difficult to finance projects.

Derrick Seaver, CEO of the San Jose Chamber of Commerce, echoed the sentiment.

“These fees are necessary,” Seaver said. “But at the end of the day, it’s about the bottom line. So anything that raises that cost is going to be in some way, obstructive.”

“Every time they do a commercial project, the housing crisis gets worse,” Perry said. “We have just an incredible housing crisis here. And the City Council just continues to keep doing the same thing—more commercial development.”

The biggest point of contention among councilmembers was when to bring back a feasibility study to reassess the fees and the impact on development. Councilmembers agreed they do not want to increase these fees.

The city ultimately agreed to conduct a feasibility study once 1 million square feet of new commercial development has executed leases, rather than at the end of the year.

“We don’t know what will happen in the market in 12 to 18 months,” Councilmember Pam Foley said. “A million square feet leased indicates that the market is shifting.”