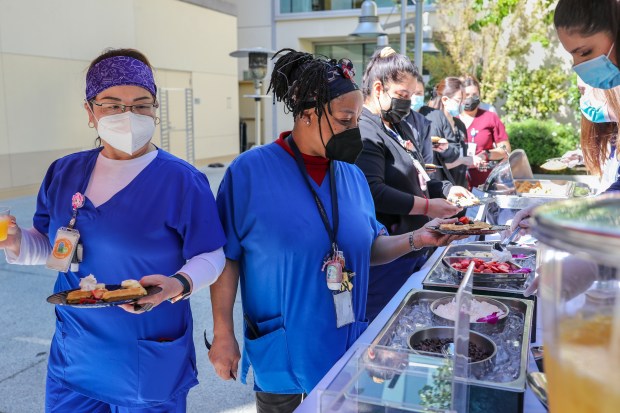 Bay Area businesses can now welcome customers without masks or social distancing as COVID rules have loosened. But there’s one thing some still can’t do: hire enough workers.

Though by many metrics the Bay Area is returning to a post-COVID normal, many local businesses say they’re still experiencing the fallout of what has become known as the “Great Resignation.” People quit their jobs in droves during the pandemic. Some couldn’t find child care or elder care when it was time to return. Others received increased unemployment benefits and didn’t need to rush back. And some left jobs they didn’t like to find something better. The resulting worker shortage has affected everything from restaurants and retail to offices, hospitals and homeless shelters.

The new employment landscape has been great for many workers, driving up pay and forcing companies to offer better benefits. But it’s been tough on some employers, who say it’s taking much longer to fill jobs.

“It’s truly a candidate’s market right now, and they’re expecting high salaries, excellent benefits, as well as never having to come into the office,” said Andrea Urton, CEO of HomeFirst.

The labor shortage has been a “huge problem” for HomeFirst, which operates homeless shelters in Santa Clara County. Though demand for its services grew as the economy staggered during the pandemic, more than 10% of the organization’s positions now are vacant at any given time, Urton said. As a nonprofit, HomeFirst can’t raise salaries enough to keep pace with the for-profit companies competing for workers. And many people want to work from home instead of risking COVID exposure – a perk HomeFirst, which needs boots-on-the-ground workers in its shelters, can’t offer most employees.

As a result, some staffers are working double shifts to fill the gaps, Urton said.

That struggle has been felt throughout the Bay Area in recent months, even as state figures paint a rosy picture of the region’s economic recovery. The Bay Area added 22,500 jobs in February, according to the latest report by the state Employment Development Department.

The recovery is not across the board: In some industries, like the hard-hit hospitality sector, workers are still struggling to find jobs or waiting to be called back. About 60% of the hotel employees represented by Silicon Valley’s Unite Here Local 19 are still out of work, said Raquel Alvarez, the union’s president.

But in other fields, workers are in high demand as businesses seek to recover after pandemic-era layoffs. In a recent survey by the Oakland Metropolitan Chamber of Commerce, slightly more than half of the businesses polled reported that hiring is a challenge, said Shifra de Benedictis-Kessner, small business and workforce director.

Pew Research Center, which surveyed nearly 1,000 U.S. adults who quit their jobs last year, found that low pay, a lack of advancement opportunities and feeling disrespected at work were the top three reasons for the resignations. Other people cited child care issues as schools and day cares — now mostly reopened — continue to send children home after potential COVID exposures. And a report by the Brookings Institution speculated that debilitating symptoms of “long COVID” may be keeping many Americans out of the workforce.

Moldaw Residences, an assisted living facility for seniors in Palo Alto, has been trying to hire a maintenance worker for more than a year, said executive director Elyse Gerson. The company employs about 110 people in a variety of roles, from caregivers and nurses to cooks and housekeepers.

These days, about three-quarters of their job candidates just skip their scheduled interviews, Gerson said. And many of the people Moldaw hires don’t ever show up to work, which Gerson said was unprecedented prior to COVID.

To attract and retain workers, Gerson has boosted pay multiple times over the past year. She’s also started offering perks such as employee fitness classes and waffle parties.

But she worries the recent rise in gas prices will lead to more turnover. Many of her workers have lengthy commutes because they can’t afford to live in expensive Palo Alto, and they may opt to look for work closer to home.

At Crimson Horticultural Rarities, a boutique plant nursery with two locations in Oakland, owner Allison Futeral spent six weeks trying to fill a crucial position last year. Futeral’s “receiver” — who handles incoming shipments of merchandise — stopped working over concerns about catching the virus. Until they found someone to permanently fill her place, Futeral and her two managers had to take on her job along with their own.

“We started getting panicky about it, like ‘oh no, what are we going to do?’” Futeral said. “So that was scary.”

Other jobs have been easier to fill, but Futeral says she’s pulling from a much smaller pool than before. Pre-pandemic, Crimson would post jobs on Instagram and get between 10 and 15 qualified applicants. Now, even after advertising on multiple platforms, the firm gets about three applicants per job.

“We just could not find anyone,” she said.

In desperation, Clark hired people at salaries 15% to 25% above what she’d normally pay and let some work remotely – despite her strict in-office policy. The company’s profitability took a hit, she said.

As pandemic rules loosen, Gerson at Moldaw Residences hopes the hiring squeeze will too.

“There is sort of this giant exhale that’s taking place,” she said, “and we feel like we’re getting some sort of semblance of normal. So I’m hoping people will come back to the workforce in the near term.”