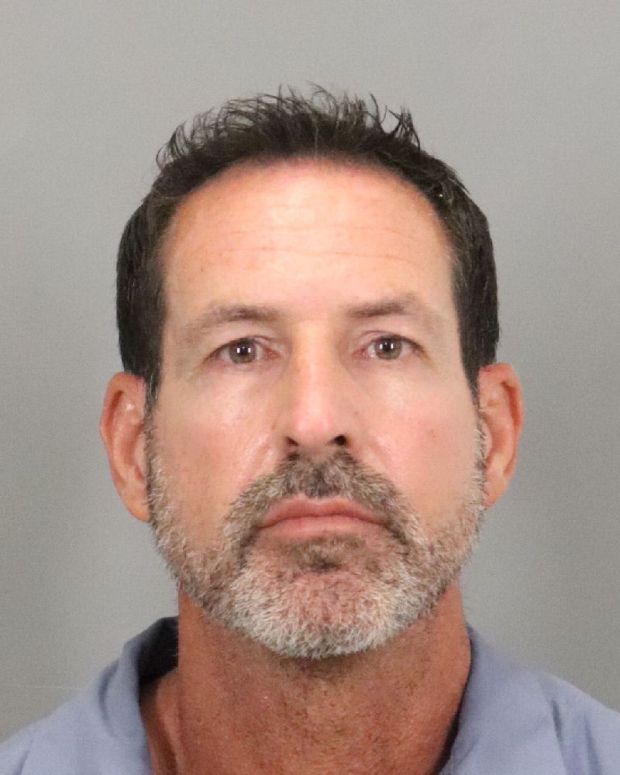 CUPERTINO — A Milpitas man who authorities say is a registered sex offender has been charged with sexually assaulting a teen he met online, on multiple occasions at a county park in the West Valley.

Kevin Mathew Cable, 51, of Milpitas, has been charged with having sex with a teen he met on an online dating app. Cable, who authorities say is a registered sex offender, is also suspected of having sexual relationships with other minors. (Santa Clara Co. Sheriff’s Office)

Kevin Mathew Cable is also accused of giving the teen alcohol during their sexual encounters in the parking lot of Rancho San Antonio Park in Cupertino. Santa Clara County sheriff’s investigators added that during his police interrogation, Cable admitted to having other sexual relationships with minors.

Cable, a 51-year-old Milpitas resident, was arrested Wednesday at his workplace in Palo Alto, the sheriff’s office said. He is being held without bail in the Elmwood men’s jail, and faces 10 felony counts of oral copulation with a minor.

The sheriff’s office said its sexual-assault detectives began investigating Cable earlier this month after they got a tip about an adult having sex with a teen at the parking lot. Detectives determined that the 15-year-old victim met Cable on a dating app, and that they met up several times.

Because of that alleged statement, detectives are asking anyone who “had any inappropriate contact with Kevin Cable,” or knows of any such instances, to reach out to the sheriff’s office at 408-808-4500. Anonymous tips can be left at 408-808-4431.